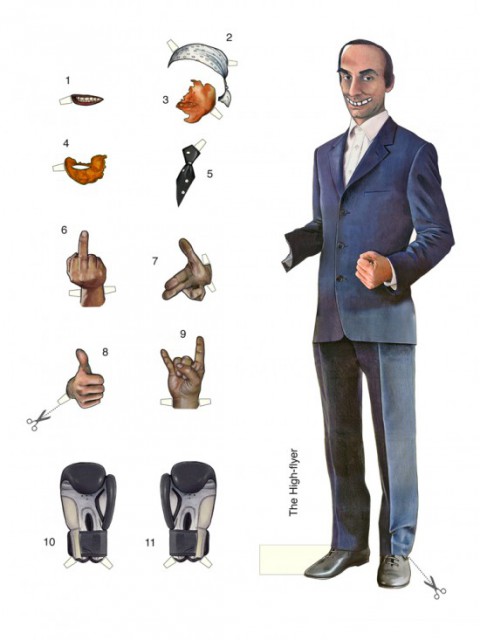 Using colour pencils and drawing inspiration from cut-out paper puppets in children’s activity books, Mikhail Karikis created a poster of The Highflyer character which he developed for a series of performances commissioned by the Danish Pavilion in the 54th Venice Biennale. Instead of clothing accessories the puppet is accompanied by prosthetic hand gestures and facial expressions which reference key events in the political life of the controversial former Italian Prime Minister Silvio Berlusconi, including his obscene gesticulations and public punching incidents, which served to enhance his mediatic presence as an accessible, high-achieving, masculine, virile and martyred persona.