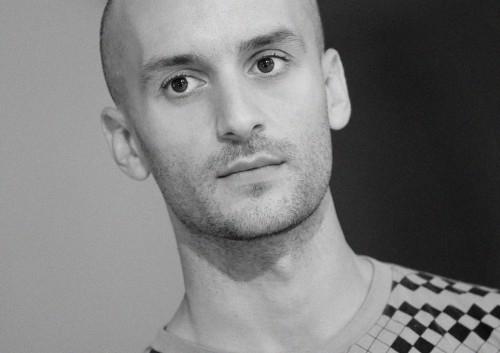 Mikhail Karikis is a Greek/British artist based in London and Lisbon. His work in moving image, sound, performance and other media is exhibited in leading contemporary art biennials, museums and film festivals internationally. Through collaborations with individuals and/or communities located beyond the circles of contemporary art and (in recent years) with children, teenagers, young adults and people with disabilities, Karikis develops socially embedded projects that prompt an activist imaginary and rouse the potential to imagine possible or desired futures of self-determination and potency. Centering on listening as an artistic strategy and focusing on themes of social and environmental justice, his projects highlight alternative modes of human action and solidarity, while nurturing critical attention, dignity and tenderness.

Karikis has performed internationally including at Royal Opera House Covent Garden, London, and Barbican Theatre, London. His sound works have been published world-wide by Bjork, DJ Spooky, UNICEF, MIT and on Sub Rosa records, and broadcast on most major European national radio stations including the BBC Radio 3, RAI3 and Radio France.